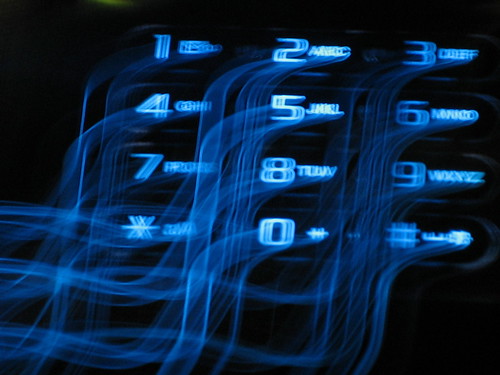 When I recently posted some of my Turbo Pascal Stuff, I found an incomplete program that was supposed to do this. I was active on BBSes and, though I don’t recall the reason, I wanted a way to determine the possible words spelled by the BBS phone numbers (and/or how to determine what phone numbers correspond to words/phrases). I never got around to finishing the second part (numbers to letters) in Turbo Pascal, though.

I decided to create this functionality in R for three reasons:

For purposes of this package, the mapping of numbers to letters on a telephone’s keypad are as follows:

phonenumber consists of two functions (that are not limited to any standard length or format of telephone numbers):

Both functions convert non-alphanumeric characters to dashes (-) as that is the character that usually separates parts of a phone number.

For no particular reason, versions of phonenumber will be named after things from the Terminator universe.