There’s probably an easier way to do this, but it was fun to figure this out.

The running site I share with my wife is hosted on tumblr. We have a page where we track our race results, as well as our upcoming races. 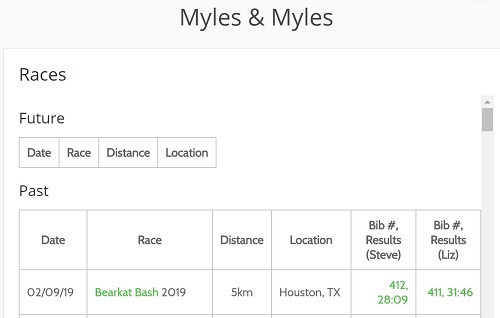 I used to manually update that page, editing the html when we finished a race or adding new races to the “Future” list. This was really time consuming, so I recently rebuilt the file in markdown and used knitr to convert it to html, which I then copied/pasted into the page on tumblr.

I don’t know why, but tumblr did not like the table that I had produced via knitting the markdown file. It would only display a blank page so, instead of trying to get tumblr to show it correctly, I figured I would create the html file and embed it in an iframe.

This led to some initial issues, mostly due to not really knowing how to use iframes. Some quick Googling helped me with the basics and I figured out the appropriate size (650x500 seems good for my tumblr theme).

That worked, but there were three issues: 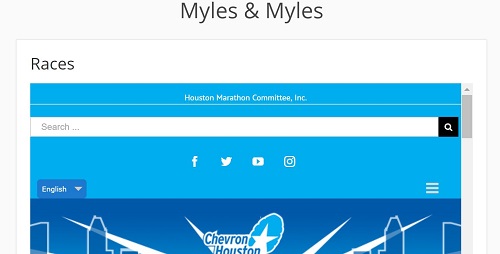 Clicking a link at first opened it in the iframe

To rectify these, I wrote a simple R script to better prepare the markdown file to be embedded in a tumblr page via iframe. The script:

For #2, I copied/pasted the links to the tumblr theme’s CSS into styles.txt and added some custom CSS for the table to styles.css. These could be adjusted if necessary to work with different themes.

This script is set up to take the filename as an input in case I ever want to use this for something other than this specific page.

The output html file is then ready to be committed to a GitHub repository that is set up to serve GitHub Pages. Once committed, it is served in an iframe on the tumblr page via the above html. 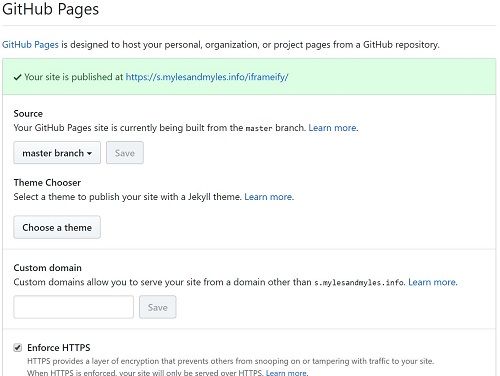 This script, called iframeify, could be used for RMarkdown files as well.